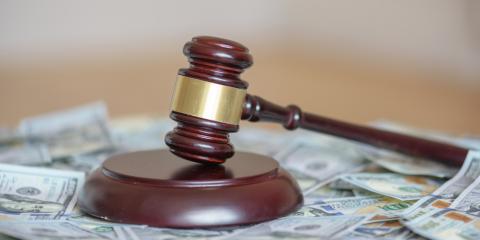 If you or someone you know has to pay a specific sum to the court, you may be asking what exactly a bail bond is. The answer varies based on the situation. Luckily, it is pretty easy to identify which one is needed based on your situation. Here are four of the most common types.

This bond is not financed by a bail agent and is instead held by the court. Once a judge decides to grant a bond, the defendant has the option to pay the court the entire bond amount directly in the form of a cash bond. When the cash bond is paid, the defendant is released and agrees to return to court. As long as that occurs, the defendant will then be eligible to have the money returned.

A surety bond is when a third party pays the bond amount to the court on behalf of the defendant. If the defendant can’t afford to pay the entire amount, they can use a surety company (also known as a bail bonds West Chester PA agent) to pay it. The bail bond agent charges the defendant a percentage of the total amount and works to make sure the individual makes all of his or her court appearances.

When someone is released on recognizance, the court believes that the individual can be trusted to return on his or her scheduled court date. No payments are required. This is often done when an individual has no prior history with the criminal justice system. It is mainly used for minor offenses. This is also known as a PR bond, and the defendant must promise to appear in court.

A release on citation is given when the arresting law officer issues a citation or ticket rather than making a full arrest. That citation serves as a summons to appear in court. This is the most common type of bond that the general public encounters, as a vast majority of minor offenses are handled this way.

While there are many more types of bonds utilized by the court system, these four are a few of the most common. While understanding the difference between these bonds is important, it is always a good idea to contact an attorney before making any legal decisions. With a little research, you can feel confident in what to do next.